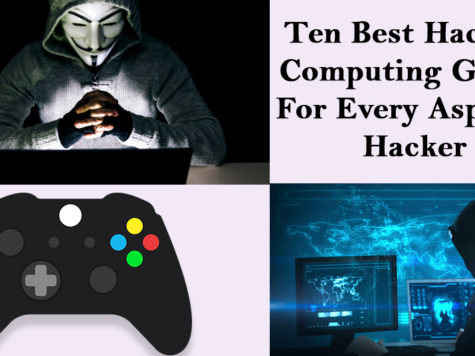 Hacking: a word full of enigma and mystery and perhaps used in a negative manner. But if you look closely into hacking, it basically involves code breaking. Ethical hacking is gaining prominence these days and people are even choosing to work as a professional ethical hacker.

Things get easier with hacking simulation games, into which every aspiring hacker should delve into. These games are not a waste of time. With these games, you can improve your hacking skills. A wide range of hacking games is available in the market. However, here we have mentioned ten best hacking computing games that will test your actual hacking knowledge as well as increase and improve it. So, go through the article thoroughly and know the names and features of all the best hacking games that are currently available in the market.

Here we have mentioned the names and features of the top ten hacking games so that if you want to improve your hacking skills, then these games can definitely help you.

Hackmud is basically a text-based multiplayer simulator for the Intel-compatible computers. In this game, as you progress, you need to solve a lot of puzzles involving cracking of protected systems from the abandoned internet of the future. One of the other aspect of this game is that you have to protect your winnings from the other players using a code as other players can steal your win.

If you play this game, then you can understand that at first, you have to play the basic level of the game. The next levels will be progressively difficult. The single-player tutorial is for sharpening your coding knowledge to a high level, which is so much required to play this game. Once, you complete this tutorial, then you will be entered into the multiplayer sandbox.

Also, there are several features included in this game which makes it unique from others.

Therefore if you like to play a game like Uplink,  then you should definitely try this game. However, without proper guidance, this game is difficult to play. So, it is advised that if you want to play this game, then you must have sufficient coding knowledge.

This is one of the perfect examples of hacking games. This simulator game involves several professional hackers’ feats, for example, hack other companies systems, steal high-level valuable data, erasing important data, laundering money as well as framing innocent peoples. As long as you unlock more levels, it brings profit to you. This game is very versatile and offers you various options. Such as, you can manage the stock market, or you can design an extremely harmful virus.

This game is very popular since its introduction. A recent survey reported that almost 1.4 billion people play this game. As you get deeper inside this game, there are intricate puzzles to solve.

One of the biggest advantages of playing this game is that it will give you a real hacking experience. UNIX coding is used here.

If you have a little bit of hacking knowledge, then you can easily play it.  This game is somehow similar to the Uplink game but if you get into the deeper stages, then only you will understand the difference.

It is basically a security game which is consists of a lot of challenging tasks. Mainly high school students are playing this game although, everybody can play it. 13 players at a time can play this game. This game is designed with a lot of interesting coding programs. So, if you are a student, and want an experience of the basics of hacking and coding, then you can definitely try this game.

This is another easy hacking game. Bandit game is the perfect example for aspiring hackers. Bandit is for those who always wanted to hack but could not do it for the lack of technical knowledge. The Bandit game has a total of 34 levels and it starts with level 0. If you play this game, then you understand that as long as you get deeper, your skills will be improved.

There are certain situations or levels in the game where you do not understand what to do. Do not panic and do not give up. The aim of this game is to learn the basic things.

It is basically a sandbox game. One of the biggest advantages of this game is that you can play it on 3D. Minecraft is one of the best games for learning. These games allow the players to build a variety range of blocks. This educational game improves creativity, problem-solving abilities and it also boosts other life skills.

Gunpoint is another popular hacking game. It is basically a stealth-based puzzling platform game. This game is totally based on UNIX. It is a very good option for those hackers who really want to improve their skills.

Shenzhen I/O is a puzzle based hacking coding game where the players assume to play the role of an engineer. This is totally a coding game. So, if you want to increase your coding knowledge, then it is highly recommended that you should play this game.

Quadrilateral Cowboy is another popular puzzle video game. As you get into the deeper stages, your knowledge and skills regarding hacking will increase. A recent survey proved that almost 2 million people play this game. It is also an educational game. So, it is highly recommended to play this game.

These are the ten best hacking computing games. So, if you are a beginner in hacking and want to improve your skills, then you should try these ten games. 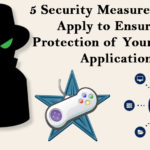